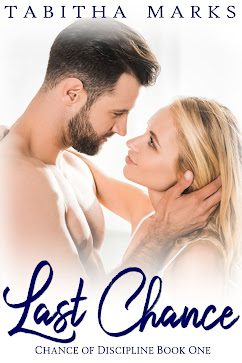 Nate and Connie have been together for four years, dating while she finished undergrad, and living together for the past two. He’s ready to get married and move on to the next stage of their life together, but she’s refusing to set a date. Worse, her rudeness and bad attitude have him wondering whether they’re meant to be, after all. Nate approaches his brother for advice and is surprised when Bobby suggests Nate spank Connie for her bad behavior.

Connie knows something has to change, but to hear Nate tell her that he thinks domestic discipline is the only thing that can save their relationship is a shock. Especially since he makes it clear that if she says no, that will be the end of them. Can she agree to go over his knee if it’s really their last chance? And why is the thought of him making her bottom burn so arousing? 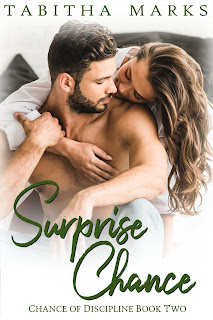 Derek’s tried everything to get Gina’s attention: flirting, asking her out on dates, and when that fails, fabricating guys’ nights at his friend’s house when she’s studying with Nate’s wife. Despite his best efforts, she turns him down every time, refusing to explain why. Finally, after Nate and Connie’s wedding, he gets his chance and makes a move – only to have her run out on him in the morning. After that, she dodges him for a week, leaving Derek fed up and aggravated, yet still wanting more of her. So he takes matters into his own hands, determined to show her that they’d be perfect together… even if he has to do it over his knee. Gina knows Derek’s interested in her – how could she not with him asking her for a date every time they see each other? But she knows they wouldn’t be a good match. Sure, he’s good looking, smart, and an all-around nice guy, but she has needs. Needs that only a certain kind of man can fulfill, and Derek’s never given her any hint that he’s that type of man.

Will Derek be able to break through Gina’s tough exterior and make her realize that if she just gives them a chance, she might be surprised with what she finds? Will Gina be willing to compromise and let Derek lead their relationship, even if it means giving up some control of her life? 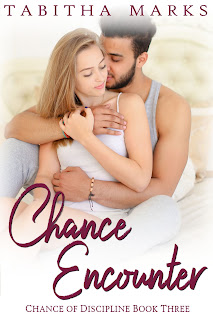 Two months ago Kevin had his heart broken in a very public, and embarassing, break up. After that experience he swore he'd always be in control in his future relationships, if he ever had another one. Two chance meetings with Angie make him want to try again, but this time according to his rules.

Angie was trying to focus on getting her life under control and stop her partying ways. Then she runs into Kevin, twice, and soon they start having friendly dinners. When he doesn't make a move she wonders if she's read the signals wrong, but Kevin soon clears up her confusion and lets her know exactly what he wants from her.

Can this free spirited party girl accept a man who needs to be in charge, and wants to punish her if she misbehaves? Will their chance encounters prove to be the start of something wonderful, or end in heartbreak? 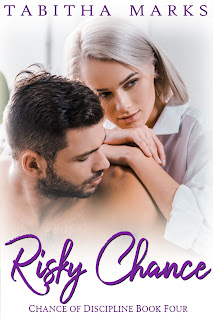 Being a single father at twenty-five was not what Keith Lane envisioned for his future, but after a one night stand that was exactly where he ended up. Alone and with a son born prematurely, Keith struggled to keep it all together. Balancing work and keeping up with his growing son was quickly becoming more than he could handle.Sara Saunders had a heart of gold and a sweet disposition, and wanted nothing more than to participate in the life of the child her wayward cousin had abandoned. When she found out Keith needed a nanny for that very same child, it seemed like the perfect solution-Keith needed help and she was the perfect candidate!

Despite his initial reservations and instant attraction, Keith took a risk and hired Sara. Sparks flew and Keith soon realized that he wanted Sara to be more than just a nanny, but Sara's habit of acting before thinking landed her over Keith's knee before they even had a first date! Luckily, Sara wanted the discipline and structure that Keith could provide, and their relationship thrived. Then, out of the blue, the past showed up on his doorstep, making Keith question everything he thought he knew about Sara, and wonder if taking a chance on her would turn into the worst mistake of his life. 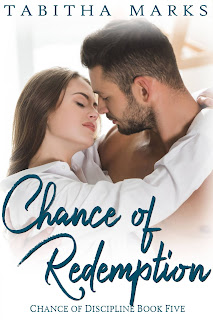 After serving a year and half of her prison term, Molly Saunders is on the verge of being set free. At least as free as a former drug addict, ex-con can be. She’s granted early release and sent to a half-way house to begin her reintegration into society, a prospect that both frightens and excites her. She’s determined to stay on the straight and narrow and make something of herself, but the reappearance of someone from her past threatens to drag her back to her old life.Max Davidson takes pride in his successful career as a detective on the police force. There’s just one thing he regrets, and now he has a chance to make amends. Deep in his heart he knows that Molly’s bad life choices are all his fault, and now that she’s out of prison it’s his job to make sure she turns her life around – for good.When Max sees the opportunity to keep Molly safe, he grabs it, knowing it’s the only way she’ll survive. Molly isn’t sure she can forgive Max for the way he treated her, but when he offers her a safe haven, she doesn’t have much choice. When he decides to enforce the terms of her parole with the threat of putting her over his knee, things quickly heat up between this unlikely pair.
Although this is a standalone romance, it is best enjoyed after reading the prior books in the Chance of Discipline series, as events and people from those books appear in this one.

So it's my first Saturday Spankings, and it's actually the first snippet I've ever posted. I figured since I'm a snippet virgin I'd start with something from my first book, in keeping with the theme of firsts. This is from Last Chance . Connie is over Nate's lap about to have her first punishment spanking after agreeing to incorporate domestic discipline in their relationship. As you can see, it turns out to be more than she expected: His hand fell with a sharp crack, connecting with her cool flesh and instantly heating up her left cheek. The burn quickly spread outward, lighting up her nerve endings. Before she could adjust to the sharp sting he landed another one on her right cheek. The blows rained down quickly, each smack in a slightly different place, so that in no time at all her entire ass was on fire, throbbing and hot. She couldn’t help but squirm and try to get away, thrashing her legs until Nate lifted his left leg and pinned her beneath him. Wi
Read more

It's time for Saturday Spankings! Sorry I missed last week, but I'm back with something I hope you'll enjoy. This is another one from Last Chance. Connie's misbehaved again, maybe a little 'accidentally on purpose', and has earned herself a spanking. They're mid-spanking when Nate decides to take things up a notch: Nate reached up and grabbed one of their pillows from the head of the neatly made bed. He gently lifted Connie’s midsection so he could place the pillow underneath her. The added height lifted her behind in the air, giving him the perfect target. He stood and surveyed the picture she made for a minute, enjoying the view. Her ass was a nice bright pink, no deep red or purple marks yet, but it was definitely on fire and hot to the touch. Though he loved the way her black panties looked against her pink skin it was time for those to go away. He slid them down but decided they looked even better half-way down her thighs, then ran his hand back ov
Read more