The Quest for Kinky Love Series 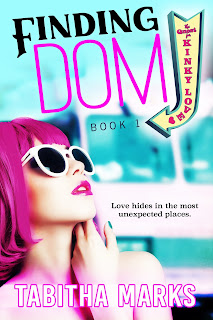 Dating— when you're looking for someone who's just as kinky as you are-- is tough. So tough, that Iris is about to give up her search for a man. She's already got more than enough on her plate with a job waiting tables, a taco truck business she's trying to make into a success, and a non-stop meddling mother. A man would only further complicate life.
Dom's just looking for a woman who will accept his terms: no strings, casual sex, he calls all the shots. He's got no interest in a commitment and he's certainly not looking for love-he's focused on growing the construction business he's built from the ground up. But when these two meet and their tempers collide, sparks fly, though not all of them are the good kind. 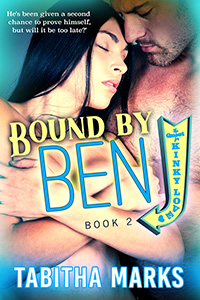 Bold, determined, and a little—or a lot—stubborn, would be how Daphne’s friends would describe her if asked. And that’s exactly what she wants them to think. She’s a woman in control and she knows her own mind. And she doesn’t need help from anyone. Unfortunately, sometimes the universe decides to expose your vulnerability at exactly the wrong moment, which turns your life upside down.
Ben’s a successful restauranteur and chef, living the life as a single man with a long line of willing submissives ready to his bidding in bed. At least, that’s what everyone thinks, but only half of that statement is true. He’s spent most of the last six years busting his butt in a hot kitchen, making his dream come true.
Ben hadn’t exactly been pining for Daphne, but she’d always been the one that got away. The one he could have seen himself building a life with…eventually. Except by the time he was ready to reconnect she’d hardened her heart and wouldn’t even speak to him, let alone give their relationship another chance. But then the universe threw him a bone and placed him in exactly the right spot to maneuver himself back into her life, but will he have enough time to make her want him again?
Coming soon!

So it's my first Saturday Spankings, and it's actually the first snippet I've ever posted. I figured since I'm a snippet virgin I'd start with something from my first book, in keeping with the theme of firsts. This is from Last Chance . Connie is over Nate's lap about to have her first punishment spanking after agreeing to incorporate domestic discipline in their relationship. As you can see, it turns out to be more than she expected: His hand fell with a sharp crack, connecting with her cool flesh and instantly heating up her left cheek. The burn quickly spread outward, lighting up her nerve endings. Before she could adjust to the sharp sting he landed another one on her right cheek. The blows rained down quickly, each smack in a slightly different place, so that in no time at all her entire ass was on fire, throbbing and hot. She couldn’t help but squirm and try to get away, thrashing her legs until Nate lifted his left leg and pinned her beneath him. Wi
Read more

It's time for Saturday Spankings! Sorry I missed last week, but I'm back with something I hope you'll enjoy. This is another one from Last Chance. Connie's misbehaved again, maybe a little 'accidentally on purpose', and has earned herself a spanking. They're mid-spanking when Nate decides to take things up a notch: Nate reached up and grabbed one of their pillows from the head of the neatly made bed. He gently lifted Connie’s midsection so he could place the pillow underneath her. The added height lifted her behind in the air, giving him the perfect target. He stood and surveyed the picture she made for a minute, enjoying the view. Her ass was a nice bright pink, no deep red or purple marks yet, but it was definitely on fire and hot to the touch. Though he loved the way her black panties looked against her pink skin it was time for those to go away. He slid them down but decided they looked even better half-way down her thighs, then ran his hand back ov
Read more